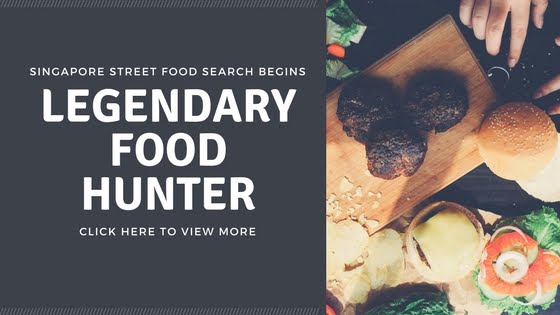 As of March 2018, Pokemon Go team have launched an update, featuring the chance to assist Professor Willow in seeking and capturing the mythical, ancient Pokemon Mew.

The challenge is split into 8 Special Research Quests with a series of task to complete before being able to capture the legendary pokemon, Mew.  More often than not, you may end up pre-completing tasks before it reaches you and having to painstaking re-consolidate valuable resources which is very time-consuming.

Therefore it would be advisable to look ahead on the tasks to be completed and strategise from.

Also, here are some valuable tricks and tips you wish you have done earlier to make the journey smooth. 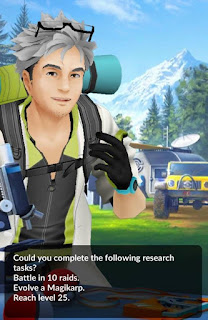 1. Change buddy Pokemon to Magikarp and do not evolve your magikarp

In the 6th Quest, one of the task on hand is to evolve a Magikarp to the almight Gyarados.  To do so, a tremendous amount of Magikarp candys is required (400).  If you are far from it, it is advisable to start early by increasing the amount of Magikarp candy you have, either through catching wild Magikarp (if you are seriously short of candy, use pinap berry) or assigning Magikarp as your buddy at the start.

The good news is that, Magikarp belong to the lowest tier group that require the lowest amount of distance (in Kilometer, KM) per candy.  Usually Magikarp require 1km per candy, but perhaps because of world wide celebration of Kanto Region Pokemon, the distance is halve to 0.5km.  This mean that you can easily earn 2 or 5 candies for the task in the 2nd and 4th quest in no time.

However, if you have enough Magikarp candies, do not evolve your Magikarp yet till you reach the 6th Quest.  Meanwhile, for the tasks to earn candies while walking your buddy, you may want to consider the following pokemons in the lowest tier. 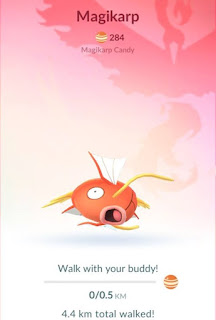 2. Standby to your incubator and stock up on 2 Km eggs

Unless you do lots of walking or travel a lot outdoor, hatching 3 eggs could prove to be a challenge.  So it would be great to hold on 2 Km eggs first and start to incubate it at the start of the 2nd Research Quest.

Otherwise, if you can time it properly, you can concurrently use 2x limited uses incubator on 5km/10km eggs at the start and the unlimited incubator on 2km.  Come 2nd Research Quest, all 3 eggs would hatch at the same time.

3. Standby a lucky egg and keep stocks of Pokemon to evolve

A lucky egg is an item that let you earn double the XP for 30 mins.  As evolving a Pokemon brings a significant amount of XP, (500XP), it is often used in the early days to Pidgey Farming (quick way to gain XP and level up).

What better way to complete the task of evolving 20 Pokemons by doubling your returns on XP.  Of cos, in the process, do make sure you have enough Pokemon to evolve in a go. And do take note that if you are evolving new Pokemons (not registered in the Pokedex), you will gain an additional 500XP (1000 XP after lucky egg effect).

For those who have not reach Level 25, this is a good chance to level before you reach the 6th Quest. 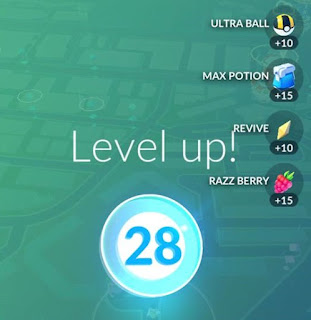 4. Know which Pokemon Ditto could transform into


Catching a Ditto is one of the toughest task in the whole of Mew's Quest.  Not only there are no frequent place of appearance, Ditto would be randomly transformed into other Pokemon and it really boils down to luck to capturing it.

Though there is no magic formula to capturing it, one can greatly increase one chance of capturing a Ditto by identifying which Pokemon Ditto could transform and specifically focus on capturing those Pokemons (I got mine within 2 days of 5th Quest).

Gastly is one of the Pokemon Ditto may be transformed into.  So there might be a chance you might get a Ditto while hunting for 10 Ghost-Type Pokemons. 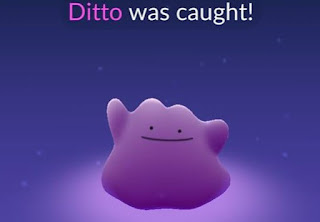 
From 10 April to 17 April 2018, there is a worldwide celebration of Pokemon originally found in Kanto Region.

There would be more appearance of Kanto Pokemons in the wild, double the candy rewarded per catch and more Kanto Pokemon such as Aerodactyl, Snorlax in raid battles.

It would be a good opportunity to ride on this celebration to unlock the following tasks above.  On top of that, personally, in my area, i am able to collect sufficient Machops and Nidoran to upgrade to Machamp and Nidoking respectively. I also got to stock up on those rarer found Pokemons eg. Vulpix, Ponyta, abra and etc. 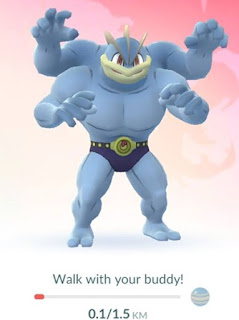 Though berrys are not hard to come by, it is frustrating to be low on berry when you need one. Especially in this Kanto celebration when there are so many Pokemon to catch.  So be sure to keep track of your berry supply.
Posted by Glenn at 5:47 AM